Billions of people use social media every day. This has changed the way we communicate with each other. These days, the average user spends 2 hours and 16 minutes every day on social media platforms. Although social media has given us an open door to more information than ever before, there are good and bad effects on our mental health due to our use of this technology.

What Is Social Media?

In simple words, social media is a computer-based technology that facilitates sharing your ideas, thoughts, and information. This is done through the building of virtual networks and communities. People engage with social media through a computer, tablet, or smartphone by using web-based applications.

What Is Social Media’s Effect on Mental Health? 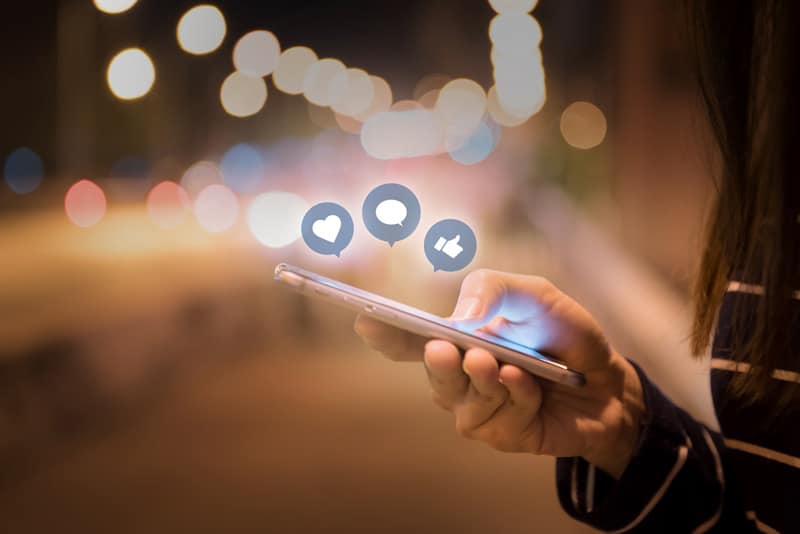 There has been substantial growth in the use of social media in recent years. The Pew Research Center found that 72% of Americans in the U.S. use social media. However, since social media use is still relatively new, there aren’t any long-term studies recording the effects of social media.

Still, several recent studies show that social media impacts mental health in several ways. As a result, the increasing dependence on the use of social media puts a large number of Americans at an increased risk for feeling:

What Are The Positive And Negative Effects Of Social Media?

One of the great benefits of social media is that a person or organization can quickly increase awareness of an important issue to a huge audience. More people are using social media every day to promote change and help make positive changes in the world.

Negative: May contribute to fake news.

Even though many social media platforms have taken steps to try to combat fake news, it hasn’t stopped the worldwide spread of misinformation. Anyone with a computer or smartphone can share information with a massive audience and when used with bad intentions, it can have bad results.

Positive: It can help combat loneliness

Humans are social creatures with a need to socialize and connect with other people. Frequently, social media is blamed for replacing face-to-face communication. However, for some, social media is a way to promote conversations with like-minded people and build friendships. A recent survey showed that 70% of senior citizens are using social media to stay in touch with family, friends, and the outside world.

Negative: It can increase the feelings of loneliness and isolation

According to something called “social displacement theory,” the more time people spend on social media, the less time they are likely to spend face-to-face socializing. Although social media was meant to increase social interactions,  a survey found that those people who spent more time on social media every day felt lonelier than people who checked their social media less. Despite social media bringing people together digitally, it could be risking our in-person relationships and increase feelings of disconnection and isolation.

Positive: It makes you feel like you are not alone and part of a community

It’s very typical to feel hesitant about talking to family and friends about health issues. But with so many health services and information available online, social media can give a person a safe space to ask questions and connect to a slew of health resources. For people living in a remote or rural area, social media is an inexpensive and usable option for getting help by providing resources to people who may not have access any other way.

Negative: It may support antisocial behavior

When it’s not used properly, social media can have unhealthy consequences for your mental health. If social media takes the place of any face-to-face interactions, it increases the likelihood of antisocial behavior. Although meant to bring us together, when social media is used incorrectly it can lead us to compare our lives with other peoples’ and have a hurtful impact on our well-being. Social media tends to only show the best parts of someone’s life. So, if you spend too much time looking at misleading or biased content, it can make you feel deficient in some way and cause serious psychological and physical problems including self-esteem.

Positive: It creates and maintains relationships

Because social media has changed the way we communicate with each other, it has changed how we make and preserve relationships. It is not only a useful tool for individuals who are looking for other people who share their views and have similar interests. It also provides an opportunity to meet and stay in touch with people from all over the world.

Even though social media creates opportunities to meet like-minded people and can help to support positive relationships and discussions, cyberbullying and trolling are major contributors to feelings of anxiety and depression. Cyberbullying is the use of technology to harass, bully, and intimidate another person. A recent study discovered that cyberbullying is associated with depression and suicide among teenagers. Furthermore, reports are suggesting that cyberbullying is increasing. Sadly, it’s an ongoing issue that is difficult for social media platforms to reduce. 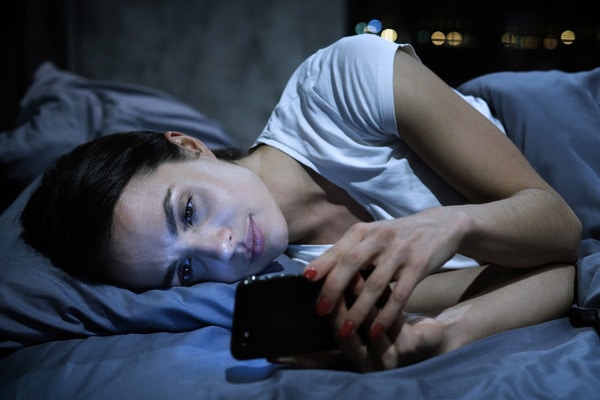 Signs That Social Media Is Affecting Your Mental Health

Social Media and Depression in Teens

The new research analyzed several studies of cyberbullying on social media and found that it is associated with depression in teenagers. Young people being victimized online has gotten a lot of attention, particularly after a series of suicides of teenagers who were bullied on various social networks.

The use of social media is common with teenagers, but the health effects of cyberbullying are mainly unknown. Regular, in-person bullying during the teen years may double the risk of depression in adulthood and the effects of bullying can be as bad as or worse than child abuse.

According to the American Psychiatric Association, more than one-third of adults in America believe social media is harmful to their mental health. And only 5% see it as being positive. Another 45% say it has both negative and positive effects. So here are 6 tips for protecting your mental health:

Sometimes having a pre-existing mental condition can lead to substance abuse as a means to cope. At Lido Wellness Center, if you have developed multiple conditions, our dual diagnosis program can help treat your co-occurring disorder.

Let us help you improve the way you feel and experience greater mental and emotional well-being. Contact us today.